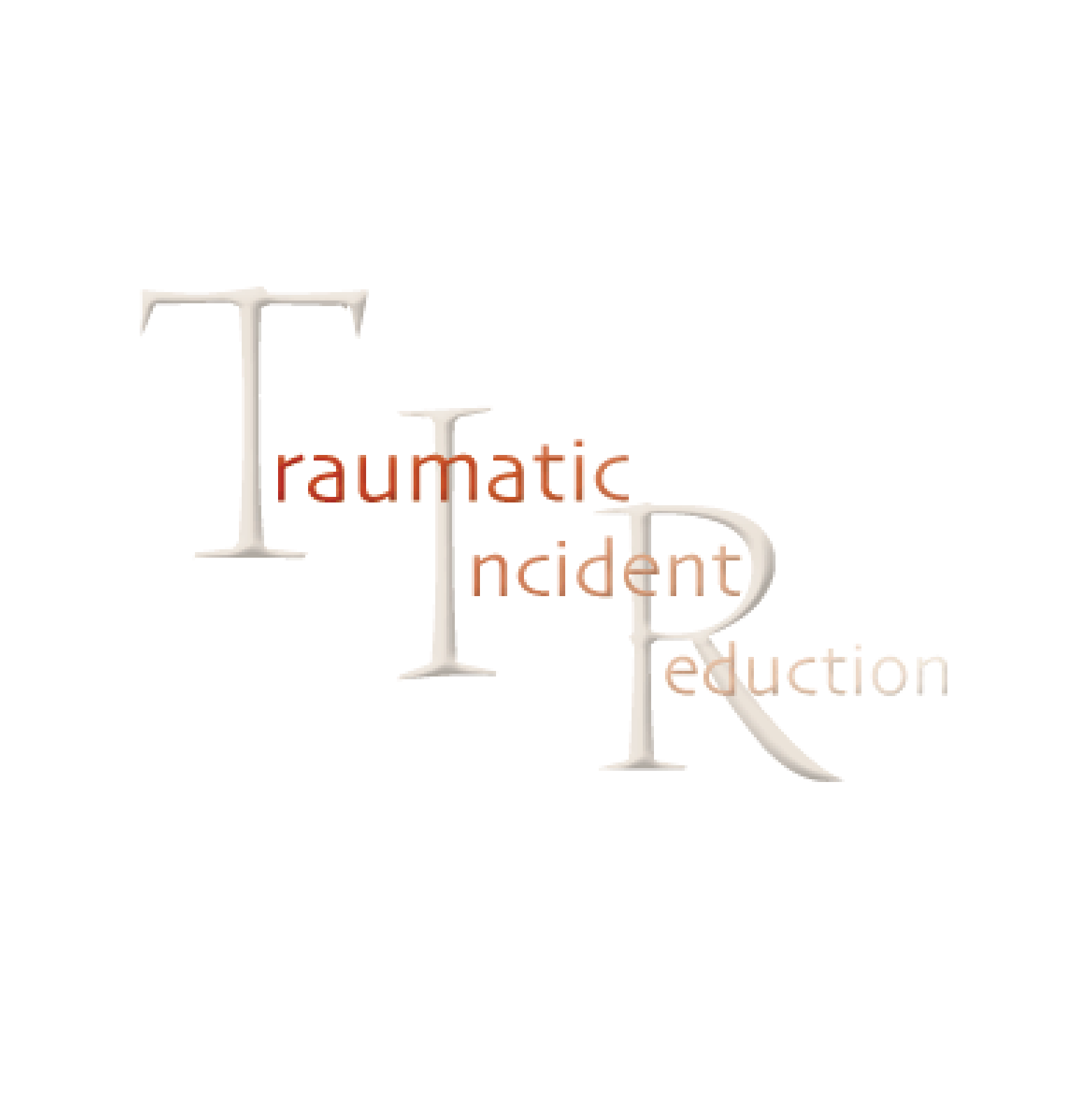 What is Traumatic Incident Reduction (TIR)?

TIR is a rapid (compared to traditional therapy) method of effectively reducing traumatic stress from emotionally and/or physically painful events in the past. It involves re-experiencing past traumas in a completely safe environment, free of distractions, judgments, or interpretations.

When something happens that is physically or emotionally painful, one has the option of (1) either confronting it fully and feeling the pain, or (2) trying in some way to block one’s awareness of it. In the first case, the action of experiencing (perceiving and understanding) what has occurred is allowed to go to completion and the incident becomes a past incident. However, in the second case, the action of experiencing that incident is blocked. That is, one represses the incident, and the incident (together with the intention not to experience it, and any other intentions and activities present in the incident), continues to exist as ongoing unfinished business. Such traumatic incidents may continue to exert negative effects. We say such incidents carry charge defined as “repressed, unfulfilled intention”.

This blocking activity is a self-protective impulse. It “works” to a certain extent, but it can cause us to have attention and awareness tied up in incidents from the past. This has a dulling effect on our ability to perceive, to respond intelligently in the present, and to enjoy our current environment. Unexamined, unresolved past events tie up our energy and intention. Traumatic Incident Reduction provides a safe space and the means to fully examine that which had been blocked. A past incident loses its ability to hurt us at the point where we have looked it through and through. In the process, we release our resistance as well as the painful emotion and negative thought patterns contained in that past trauma. At the point where the incident has been fully viewed, we feel our attention become un-stuck from it and often have some realization. This is called an end point.

The idea that present difficulties may be caused by past traumatic incidents is not a new one. It was with the recognition of Post-Traumatic Stress Disorder (PTSD) as a major difficulty for many returning Vietnam Vets, that it was given a higher profile. Once the phenomenon was clearly recognized, PTSD was easily identifiable among other populations, such as rape survivors and victims of natural disasters. People with PTSD are severely incapacitated by ongoing, uncontrolled remembrance of their traumas. In effect, they are continually reliving these incidents. Although survivors of trauma who have PTSD and flashbacks offer perhaps the most dramatic example of living in the past, the phenomenon of having attention fixated on past incidents is quite common to people in general. In normal life, most people can be triggered into momentary or prolonged reliving of past traumas of varying degrees of severity, with attendant negative feelings and behavior. TIR is a technique designed to examine the cognitive, emotional, perceptual, or other content of past incidents, to reduce or eliminate the emotional charge contained in them, and thus to relieve a person of their negative consequences, whether or not a diagnosis of PTSD applies to the person.

In the great majority of cases, TIR correctly applied results in the complete and permanent elimination of PTSD symptomatology. It also provides valuable insights, which the viewer (or client) arrives at quite spontaneously, without any prompting from the facilitator (practitioner), and hence can “own” entirely as his/her own. By providing a means for completely confronting a painful incident, TIR can and does deliver relief from the negative effects, enabling the person to move on. The resolution of past traumatic incidents can bring about a greatly improved quality of life.

How and Why does TIR Work?

Freud based his work on the theory that in order to recover from past traumas, it is necessary to achieve a full anamnesis (recovery of lost memory). He never adequately explained why anamnesis was necessary; however. Dr. Gerbode proposed the following person-centered explanation:

From a person-centered viewpoint, an intention is simply the most proximal, the most subjective part of an activity. If I intend to win a race, from that intention flows all the means I use to win it: the various movements of my muscles, leading to forward movement of my body, and ultimately to pulling ahead of the other racers, and so on. In other words, the intention is the beginning of the action, and the consequences flow outward to become manifest physically. An activity continues so long, and only so long, as the corresponding intention exists. That means that for each ongoing intention, there is an activity (at least a mental one) that continues as part of the here and now.

But what if the intention is buried in the middle of a repressed trauma? In this case, neither condition 1. nor 2. above can be satisfied, and the intention persists indefinitely. The person remains in the period of time defined by that intention; that is, the person remains in the traumatic incident! The incident floats on as part of the present and is easily triggered, that is the person is easily reminded of it, consciously or unconsciously.

The only way a person can exit from that period of time (and from the intentions, feelings, and behaviors engendered by the trauma) is by confronting the incident, whereupon one can see:

Then, and only then, can one satisfy condition 2, above for ending an intention, and can one let go of the intention. Without a thorough anamnesis, condition 2 cannot be satisfied.

Basic TIR is used to address incidents we know have happened to us: a car accident, the painful end of a relationship, a medical procedure, the loss of a loved one, a combat-related incident, the loss of a job or a failure in business or in school, receiving a frightening diagnosis, etc. In Basic TIR, we work on a past traumatic incident until all of the force, pain, and resistance is gone, we reach an end point. Sometimes, by similarity in content, there will be an earlier incident that is hooked into the first one we started to address. Such earlier incidents may be something we haven’t thought of in years. If an incident comes up, we address it in the same way until an end point is reached.

Sometimes we have unwanted feelings, emotions, sensations, attitudes, or pains without necessarily being aware of what incidents underlie them. Thematic TIR addresses these unwanted feelings, using the common “theme,” or feeling, to trace down through a number of incidents until the force and resistance is reduced from all of them, and an end point occurs.

Reach out to find out if TIR is right for you. If not, there are many other techniques you can use to prepare for TIR, to address problematic areas of life, and to increase your abilities and quality of life.

BACK TO VIEW OTHER MODALITIES